Karen Pickering is an Australian writer, speaker and organiser who has worked at the interface of feminism, arts, activism and entertainment for over fifteen years.

Karen created and hosted the long-running monthly salon Cherchez la Femme, selling out bigger and bigger venues and touring nationally, while building a loyal and devoted following here in Melbourne. CLF is returning as a podcast in 2021.

She was the co-founder of Girls On Film Festival (GOFF) and its first director, a founding organiser of SlutWalk Melbourne, and an activist for reproductive rights, women’s safety in public spaces and condemning male violence against women and children. She has also consulted for organisations like the Victorian Women’s Trust and Gender Equity Victoria, and is in high demand as a public speaker for schools, universities, workplaces, conferences and special events in the not-for-profit and corporate sectors.

She has appeared at literary and arts festivals all over the country, including MWF, SWF, BWF, TINA & NYWF, EWF, BOFA, Adelaide Festival of Ideas, Festival of Unpopular Culture, and was a jury member for the Human Rights and Arts Film Festival. She has been a regular guest at The Wheeler Centre (most recently hosting the Teen Day at Broadside Festival in 2019), at ACMI Live in the Studio, on ABC RN and 774, and The Project. Her written work has been published in The Guardian (Australia and USA), Metro, Overland, Kidspot, Crikey, Overland, The Drum and The Age.

Karen’s new podcast will revive the Cherchez la Femme name and spirit, adapting to the new format through one-on-one interviews with prominent feminists on their pop culture picks. She co-hosted a limited series with Lucy May called Nearly Beloved, where they trained an affectionate feminist lens on Australian reality dating shows, for better and for worse. She has also made multiple appearances on Clementine Ford’s Big Sister Hotline, and was interviewed by Yumi Stynes for the ABC’s Ladies We Need to Talk, The Hook Up with Nat Tencic, and was a guest on Bad Behavior with Rosalind and Nikila.

She edited the collection Doing It: Women Tell the Truth About Great Sex in 2016, and along with Jane Bennett co-wrote About Bloody Time: The Menstrual Revolution We Have to Have in 2019. She also has chapters in The Motherhood (ed. Jamila Rizvi) and From the Heart: Women of Letters (eds. Marieke Hardy and Michaela McGuire). She has just signed with Pantera Press to write a new book on motherhood shock and its harm to women, and is represented by Jacinta DiMase Agency.

Karen lives in Melbourne with her son: two great loves of her life. The other is women.

Karen has worked with: 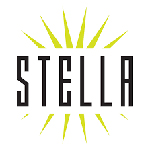 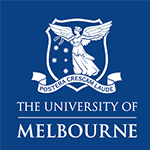 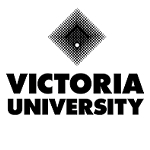